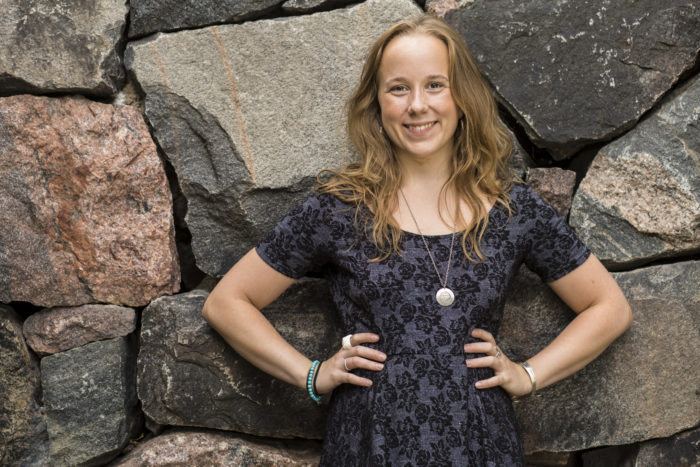 Hello and welcome to my Web page!

I am happy you found me!

I am a strong and versatile young actor and singer, graduated from the Theatre Academy at the University of the Arts in Helsinki in 2016. I also have a D-level degree in Musical singing, and am currently working on a D-degree in Classical singing as well.
During my career I have also had the pleasure of partaking in projects that have included courses specializing in acrobatics, dance, improv, puppeteering, mask theatre and the Finnish and Finnish-Swedish Sign Language. And some aerial acrobatics with a ring! While singing. Upside down.

I have worked both on stage and in front of the camera in different parts of Finland and Sweden, in Swedish, Finnish and English. I speak all three of these languages fluently (English with a British accent).
I am currently based in (but not bound to) Helsinki. Visit the CV -menu for more information (in your language of chioce).

My Special Talents include:

– Looking very young
– Singing in every genre and both low and extremely high
– Basic acrobatics
– Burping on command
– Jumping into a role on short notice (LOVE IT!!)
– Strength (Lifting weights has become an obsession, believe it or not. I have also recently signed up for my first Marathon.)
– Juggling with three balls (Or other objects. Fruit, for example.)
– Rubik’s Cube (not fast, but can do it in under 3 minutes! Also quite good at Sudoku and jigsaw puzzles.)
– Very primitive basics in piano, violin, guitar, bass, harmonica, ukulele and various skiffle-music instruments. Unfortunately I play very poorly (but gladly!)
– Nerdyness in the subjects of Star Wars and Moomin. Okay, and Harry Potter.
– Making and eating pancakes

Don’t hesitate to contact me if you have questions or want to come see me in a show. If you want to meet up to discuss upcoming projects or casting, let’s do it over a cup of tea. You will find show dates and times in my Calendar in the top menu, and information about currently running shows below.
Please also take a look at my Showreel and other videos here in the Showreel menu, and visit the Voice menu to see and hear more!
At the moment I work mainly at Unga Teatern, a children’s theatre in the Helsinki region, but I am happy to make arrangements for freelance-gigs and other projects. Hit me up!
You’ll find my contact information if you scroll down on any page on this web site.

Currently you can see me in:

Aktivistit / Aktivisterna (The Activists), a TV-series in which I play the artist Sigrid Schauman, sister of the legendary Eugen Schauman, in episode 1/3 (Veljeni / My Brother). The series is available here on the YLE Areena until the beginning of February 2021! Directed by Lauri Maijala, Helsinki Filmi 2019. In Finnish ans Swedish.

Kenneth Grahame’s classic The Wind in the Willows (Kaislikossa Suhisee / Det Susar i Säven) will be performed at Unga Teatern in both Swedish and Finnish from September 2020 until March 2021. I have the honor to play the role of the charming Mole. More information here!

The multilingual play Prinsessan som inte kunde tala (“The Princess who couldn’t speak”), in which I jumped in as the brave little Vilgot last autumn, is continuing its tour, and this time I get to fill the shoes of the charming side-kick Algot, on his and Vilgot’s mission to find a language for the Princess. Four languages: Swedish, Finnish, Finland’s Swedish sign language and Finnish sign language are used in the performance.
Due to the corona situation, we are only playing for schools, one class at a time.

Claes Olsson’s film Den Svavelgula Himlen / Rikinkeltainen Taivas (“The Sulphur Yellow Sky”), based on the book by Kjell Westö, in which I play Stella Rabell’s rebel daughter Sandi Rabell, will premiere in cinemas in March 2021. It will also be cut into a TV-series that will air on YLE in the spring of 2021. Solar Films 2021.

I am currently recording an audio book for the publisher Litorale, to be out in march 2021. Kadonnut Medusa by Elisabeth Sandelin tells about children’s love and bravery, and about togetherness.

The audio-adventure-book Eiriks resa till världens ände (“Eirik’s journey to the World’s End”, in Swedish) by MusicFairyTales, in which I have loaned my voice to the fierce Viking soldier Freja, is now out on sale and in libraries! You can follow the text and the illustrations in the book and listen to the audio book on CD or mp3. The fairy tale is written by Noora Nikka and directed by Risto Kopperi. You can buy it on Adlibris or directly from MusicFairyTales’ web page here.